Article: My subjective definition of Kinbaku by Osaka Dan

This started as a response in a thread and kept going to the point where I decided to post it here and link.

It is my vague, poorly composed attempt at defining what kinbaku is, as opposed to what it is not.

TL:DR version - Everyone is free to define kinbaku however they want based on thier own research and experience, even if its just repeating what someone said and not even considering the concept further. The meaning of the word, in the English language, is subjective and only relevant to the individuals experience and desires/needs.

The Japanese aesthetic can only be interpreted by non Japanese, never reproduced, but that doesn't mean its not kinbaku. The definition of that aesthetic is also in a state of constant flux as new people experiment and develop as artists. 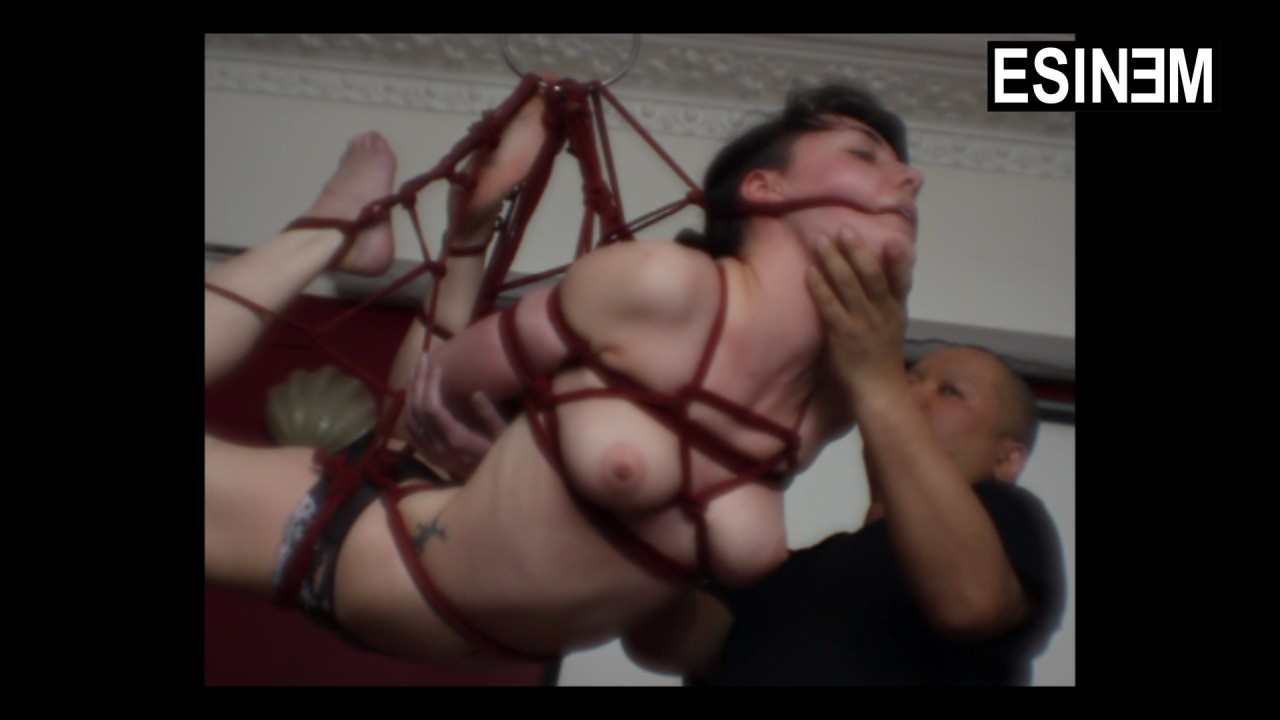 As for the semantics of words in languages I don't really comprehend that well:- Here's an example of a very common phrase in Japanese that just doesn't translate that well into English. When you break that phrase down and translate it exactly it means 'honourable tired person'. Those words in English and the conceptual meaning in everyday use in Japanese aren't really closely related.

Here is an even better example. Please take the time to read it all, it is relevant. Both of these are everyday greeting that are used frequently across a broad spectrum of situations.

We can see with the above examples of very common Japanese that they just dont really translate that well into single English words. Once we open up to phrases, things get a little easier to grasp. Once we open ourselves up to the concept and stop trying to define things in terms of English language that is convenient, we start to get closer to the actual meanings.

The word kinbaku has a much narrower definition but still, its impossible to translate to English in one word. Bondage doesn't come close to mirroring kinbaku. Even conceptually its difficult to define and I do not claim to have enough understanding to do so, but I'm not attempting to pen an absolute definition, quite the opposite actually.

The word shibari, in concept and practical use (in the context of the SM scene), is almost identical to the point of being interchangeable from one sentence to the next. At least that what I've picked up listening to conversations. Nawa to a lesser degree has the same inherent meaning conceptually. I personally consider these words to mean the same basic thing that we are discussing here, when used within the right context, they can have other meanings separate to this core concept too. But rather than muddy the waters lets just stick with kinbaku for the rest of this post.

As stated in the link in the second paragraph, kanji are fickle things and not really geared for absolute definition in English, but rather conceptual meaning. Lets look at 緊 kin cause its the interesting one. In terms of kinbaku it means tight. But look at the other meanings it can have and get an idea of the concept.

Hard:- not necessarily synonymous with tight in English although close ball park.

Reliable- Now we are moving further away from the original English definition as defined by Websters but still- conceptually the relationship is there.

Now define the above concept and break it down for me into a phrase. Every individuals response to that will be different but valid, but I doubt any will embrace the holistic all encompassing concept of that kanji.

Next is 縛 Much more clear cut here. Good, this is starting to drag on.

So in the meaning laden kanji we have tight binding, or reliable arrest, or Emergency truss ect ect ect.

Does that fit in with what we generally accept as the concept of Kinbaku? Sure, partially, it describes the tying bit. And that's all the kanji covers. So that's it? Kinbaku means 'tight binding'?

With just those two words, we sure aren't even close to the meaning as we understand it so lets broaden to a phrase.

Kinbaku is tight binding of a person for the erotic/sexual purposes.

Kinbaku is the reliable arrest of a person for the purposes of SM power exhange.

Kinbaku is the tense trussing of an individual with rope that also involves the transfer of energy through the rope.

Kinbaku is the reliable restraint of an individual with rope on a stage in which the performers open themselves up and become extremely vulnerable and powerful at the same time. The energy flows from the audience to both of them and back and forth through the rope. If they can concentrate and stayed focused, whilst remaining almost empty as individuals but together remain full, their energy then compounds and feeds back to the audience in a flow that is seamless and in constant flux.

Kinbaku is the tight binding the heart soul and mind, of both participants.

OK are we starting to get a concept here? Is there more? Of course. I can only express my subjective opinion based on my limited experience and I only skimmed the surface. If you feel completely the opposite about everything I've said in every way, then you are still likely doing kinbaku in concept. Remember how emergency and tight have no real relation to each other by finite definition, but when conceptualised, are once or twice removed but still related?

Write some out yourself. Post them in the comments, if you like. But don't say that my concept and perception is not kinbaku because its different from how you or someone else defines it. I have already illustrated that it can be open for interpretation.

Wanna do Japanese rope exactly like the Japanese? Then bow your head, address everyone that started tying before you as Sir/Madam or Mr/Miss, listen, watch, absorb, learn, take the criticism in pure humility and be thankful for the opportunity to learn from it. Respect your teachers and exercise patience. Hit the plateaus and start to peak again. Understand that you will never know it all and accept it in humility.Experiment. Build from the base you were lucky enough to be taught. Practice the basics often. Adapt the style to suit you not yourself to the style. Tie for yourself and your partners pleasure before the audiences'. And keep doing that til you stop tying or die. Tie from your heart. Even if its just the hands to a bedpost.

That at least, is what I've learned here. Others' experiences here or elsewhere may vary or indeed be the complete opposite, but its likely still kinbaku. Take what suits from my experience, if anything, and ditch what you don't need, its still kinbaku.

Wanna tie exactly like the Japanese? Down to the last knot? So then its 'real' 'traditional' kinbaku? I don't believe this is actually possible unless you are Japanese. Why is this you say? The following is an exert from Norman Doidge MD's book 'The Brain That Changes Itself' Appendix 1 The Culturally Modified Brain-

In a typical experiment, Nisbett's Japanese student,Take Masuda, showed students in the United States and Japan eight colour animations of fish swimming under water. Each scene had one "focal fish" that moved faster or was bigger, brighter, or more prominent than the other smaller fish it swam among. When asked to describe the scene, the Americans usually referred to the focal fish.

Nisbett and Masuda also measured how quickly subjects recognized objects -- a test of how automatic their perceptual processing was. When objects were put against a new background, the Japanese made mistakes. The Americans did not.

These aspects of perception are not under our conscious control and are dependent on trained neuronal circuits and brain maps.

These experiments and many others like them confirm that Easterners perceive holistically, viewing objects as they are related to each other or in a context, whereas Westerners perceive them in isolation. Easterners see through a wide-angle lens; Westerners use a narrow one with a sharper focus. Everything we know about plasticity suggests that these different ways of perceiving, repeated hundreds of times a day, in massed practice, must lead to changes in neural networks responsible for sensing and perceiving. High-resolution brain scans of Easterners and Westerners sensing and perceiving could likely settle the matter.

Ok, so its not absolute conclusive science, but it does have a ring of truth to it, in my limited experience. We often sees ties based on Japanese forms or even reverse engineered from photos that just don't look 'like the Japanese' even if every knot and wrap is the right place at the right tension and on the same body. Its because it was tied with tight focus rather holistic focus. It was filtered by ours brains which sense and perceive things in a physically different way to the people we emulate and thus altered. So whats the solution?

Move to Japan for 5-10 years and immerse yourself in the culture and it might make a dent. I'm not committing to that just so I can tie in perfectly imperfect Japanese wabi sabi. Because, Its still kinbaku, its from my Australian heart and there is nothing I can ever do to change that nor would I want to. Because its still kinbaku.

That's not to say we shouldn't try to emulate the Japanese aesthetic. But trying to hard and focusing right in on 'exactly' they way its tied, or felt, or paced and forgetting to look at the big picture as much as we can is kinda of contra to our goal of tying like the Japanese right? I haven't figured it out yet but I'm sure there is comfortable balance there somewhere. I shall strive to find it.

In conclusion.....draw your own, I'm certainly not going to try and tell you what to think, cause it'll still be kinbaku.