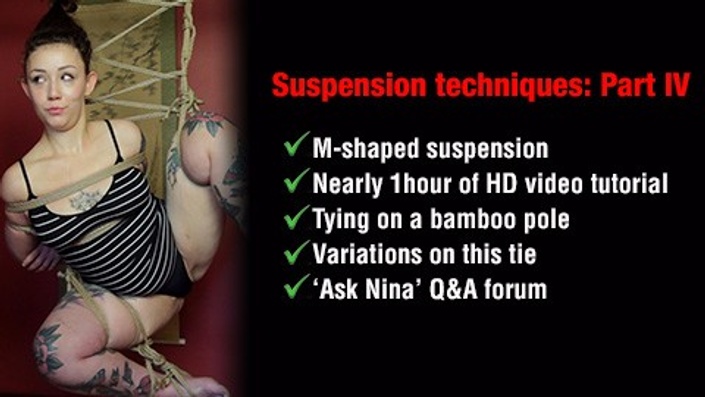 In this part, Nina will take you through using her version of an old-style gote to create an unusual and spectacular M-shaped suspension on a bamboo pole. Whilst it is a demanding and dramatic suspension, it is relatively safe since there is surprisingly little load on the gote.

It is well worth being familiar with Nina's 'Old-stye gote' tutorial since the tie uses a simplified, 2-rope, version of this. However, you will see clearly how she constructs the tie. Of course, this tie will work with any suspension capable 2-rope gote so you can min'n'match. 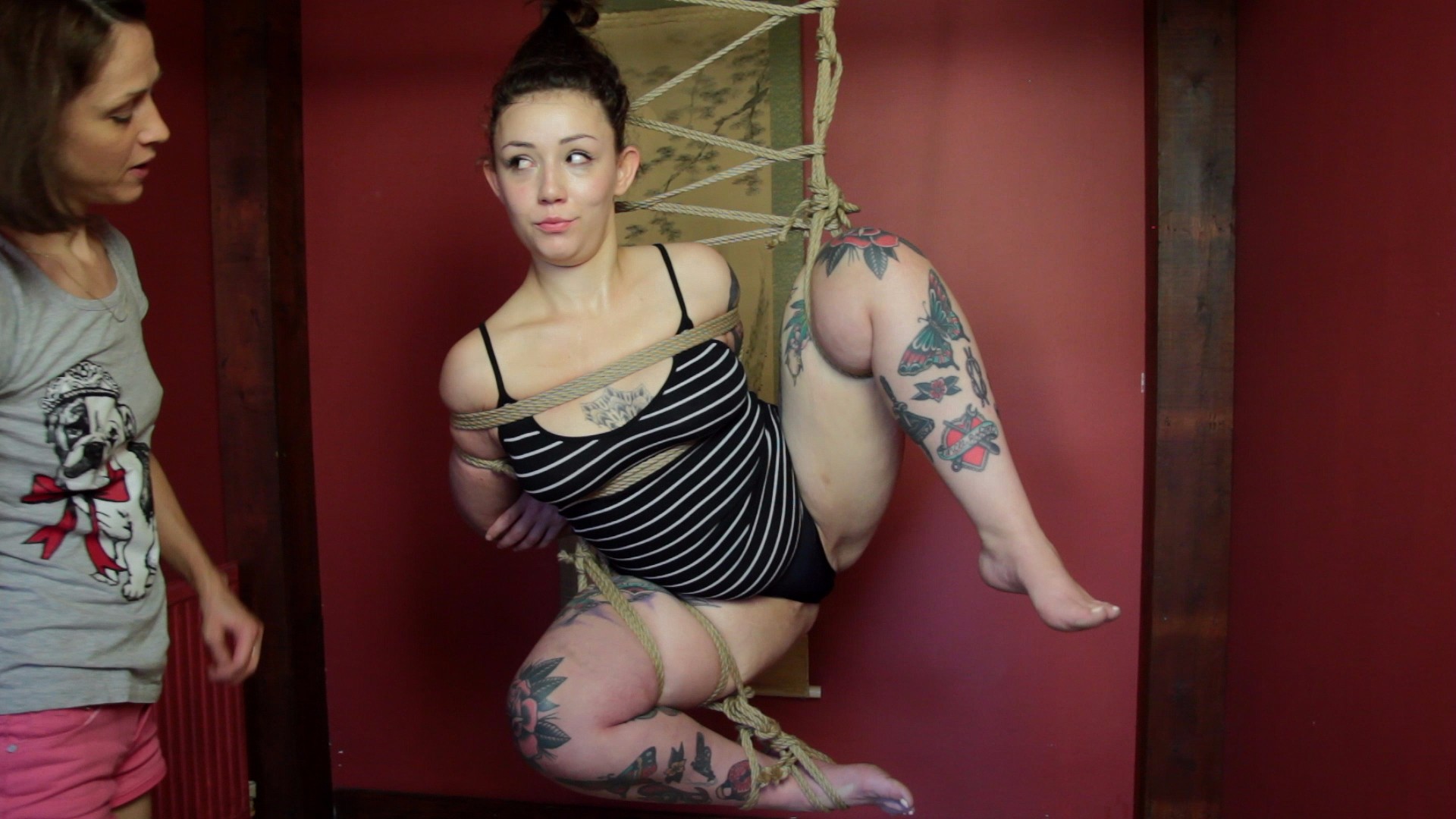 In the more common variants, the body position is at 90 degrees to the floor so the load is taken primarily on the gote but is also distributed fairly equally into mirrored single column ties above the knees. However, Nina's version is a little different so suspension will stand out from the crowd. The body is angled thus loading the thigh nearest the ground and also taking a large percentage on the upper thigh. When the torso is brought upright, the gote is doing not much more that providing balance and has a much lower loading, thereby reducing the risk of nerve injury.

In this tutorial, you will also discover how to create secondary suspension from the mainline. This is a neat trick as it not only provides new opportunities and can be visually stunning but also means less clutter on your pole, or other suspension point.

You'll learn some of the differences of tying on a pole, efficient ways to tie-off, how to rotate your partner and a sadistic little trick to ramp up the pressure. As we believe it's as important to show you how to sort things out when something doesn't go to plan or an emergency arises than just when it all goes perfectly, we have included a genuine "Get me down now" situation. Thankfully, it was no more serious than too much time in rope on a hot day but you'll see how to handle it.

As we like to introduce a bit of creativity so the ties don't become formulaic, Nina has added some simple variations and additions which change the look, feel and intensity.

You know that annoying situation when there isn't quite enough or somewhat too much rope left? Let's face it, no two bodies are the same and, even on the same person, the chances are it won't work out spot on. Well, you'll pick up a few ideas and workarounds for that too.

When does the course start and finish?
The course starts now and runs for a whole month! It is a completely self-paced online course - you decide how fast you go and how much you revise. Subscriptions renew automatically until cancelled.
How long do I have access to the course?
How does a whole month 24/7 sound? After enrolling, you have unlimited access to this course for as long as you like until you cancel - across any and all devices you own.
What if I am unhappy with the course?
We would never want you to be unhappy! If you are unsatisfied with your purchase, contact us in the first 7 days and we will give you a full refund if we can't sort it out. Of course, as it's a monthly subscription, you can also stop it at any time
off original price!