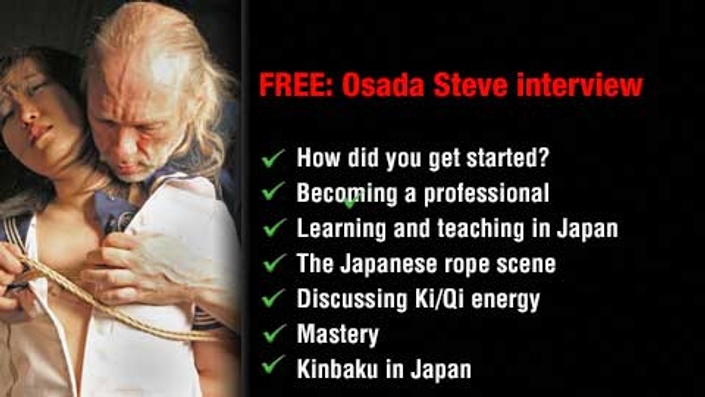 Discussing kinbaku in Japan and his path in becoming a professional

When Osada Steve was here to run some classes in August, he agreed to spend some time answering a few questions about his career and kinbaku in Japan. Here's the result.

Steve has been my main influence and teacher. We met over ten years ago when I attended his Tokyo studio for lessons and we have been in touch ever since. He was the catalyst for the connection with Japan as he offered a gateway to the rather impenetrable Japanese scene. German is his native language but he speaks excellent English and, as you would expect after several decades, speaks some Japanese.This allowed Europeans to access his tuition. It also opened up the Japanese scene to us since without a knowledge of the language, you won't get far. He was also responsible for introducing me to Kinoko Hajime who I brought to the UK for our London festival, his first performance in the west.

He has been taught by the key names in the history of kinbaku: Eikichi Osada, who pioneered public performance, Akechi Denki who systemised the art and Yukimura Haruki, the master of newaza. With a pedigree like that, you can be sure he knows what he's talking about. I'm sure our discussions will show just how deep this rabbit hole goes. 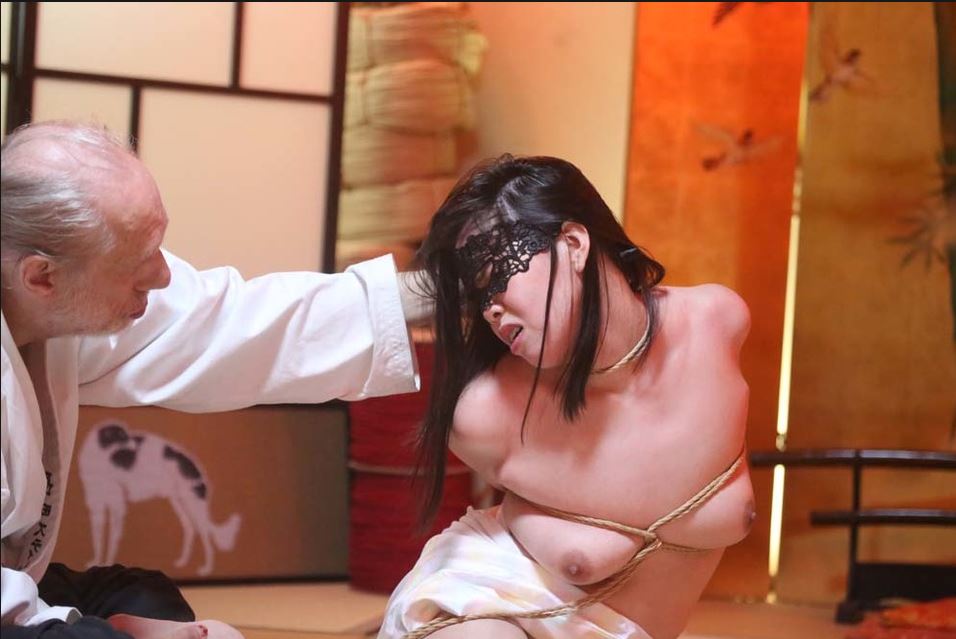 After living one year each in India, Thailand, and Hong Kong, and extensively traveling through Sri Lanka, Malaysia, Bangladesh, Myanmar, Korea, Taiwan, China, and Vietnam, settled down in Japan for intensive study of martial arts (mainly Shotokan karate and Aikido).

Entering Japanese Subculture : 1990 –
After paying his dues as fashion photographer Osada Steve picked up fetish photography in the 1990s, documenting much of Tokyo’s SM scene.

Apprenticeship 1998 – 2001
He first met his mentor Osada Eikichi in 1998 during a photo shoot, and soon found himself helping out during stage performances, studying his style of kinbaku until his retirement in 2001, after which he continued his teacher’s shows under the stage name Osada Steve.

The above chronicle a few highlights only. In real life, hardly a day goes by without either being on stage, in front of the camera, directing videos, running rope seminars, or giving private tuition in the Japanese art of Shibari.

On film:
Producing and directing for Kansai Mania Club, Genuine, JapDevils, and others. Starring in Master Costello, Kink.com, Happy Fish, Attackers, Art Video and other labels.

Osada Steve interview
Available in days
days after you enroll

How long do I have access?
How does lifetime access sound? After enrolling, you have unlimited free access to this material for as long as you like - across any and all devices you own.
Will I be charged?
Not a penny!
off original price!