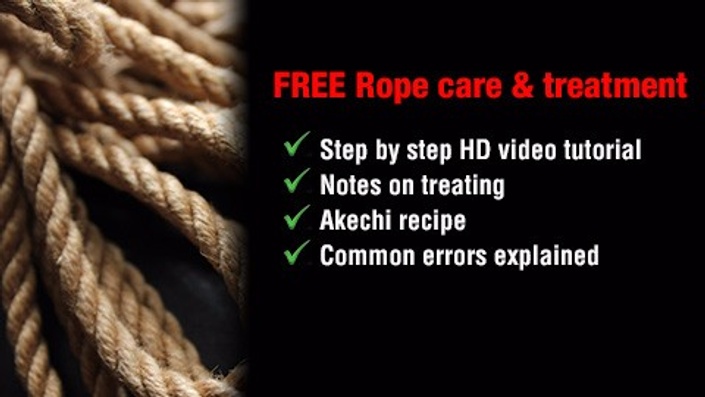 FREE! How to treat and care for bondage rope

Some ways to improve and maintain your rope

I'm always being asked how to treat rope and frequently see forum posts from people who have made classic mistakes which ruined an expensive purchase. It can be surprising how much difference the right treatment makes. It can often turn a disappointing rope into a joy. improves the look, the feel and the way it handles.

We hope this information will be helpful. Please be sure to check out our other tutorials and we hope to see you join them.