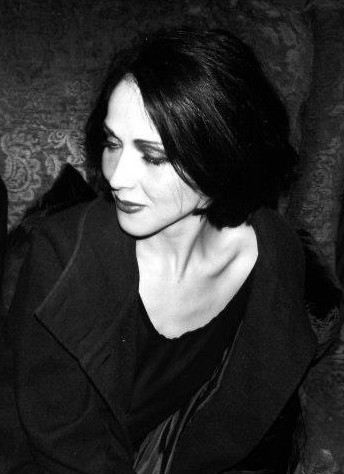 In 2011, at LegArti, a PR exercise in Rome to present shibari, I modelled for Esinem, a very well know name in these circles. After our performance, a beautiful friendship was born and convinced by my passion and ability for rope, he has taken me as his student and model.

Since then I have attended classes with Ranki Kazami and Hajime Kinoko, Yukimura Haruki, all highly respected Japanese nawashi. Of course, being Esinem's model and student, I attend all his lessons and assist with many of them.

My passion for rope has lead to obsessively collecting all sorts of bondage photographs, especially those by my idol, Suguira Norio; his photography features Japan's most respected artists perfectly capturing my vision of kinbaku. Videos of Masato's tutorials, Yukimura's sessions and Osada Steve's stage shows have been a major influence. Of course, my experience as a model has been extremely useful in building an appreciation of exactly how rope should feel and many hours of practice are shaping this into practical application with the help of Esinem. Of course, being one of the organisers of BOUND, the UK's first regular shibari show night, involves a lot of practice on both sides of the rope. I perform internationally, both as a rigger and model, at events which have so far included: